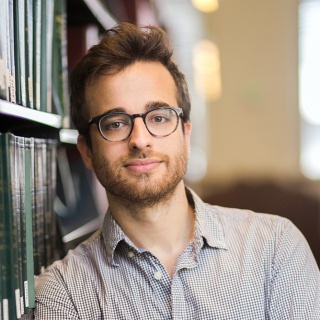 Dr. Michael Goard received his B.A. in Psychology from Reed College and his Ph.D. in Neuroscience from the University of California, Berkeley. As a postdoctoral fellow at the Massachusetts Institute of Technology, he developed approaches for imaging and manipulating the activity of large populations of neurons in behaving mice. He is joining the faculty of UC Santa Barbara in 2016, where his lab will investigate the neural circuitry underlying our perceptual and cognitive abilities.

The overarching goal of my research is to better understand how the mammalian neocortex processes and stores incoming sensory information. To this end, my lab employs large-scale two-photon calcium imaging, multi-unit electrophysiology, and optogenetic manipulation of neural activity in behaving mice. For more information on current projects, please refer to my lab page.