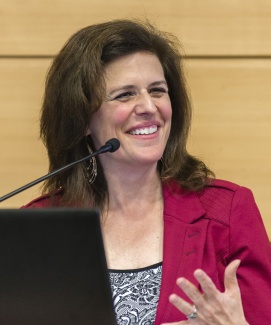 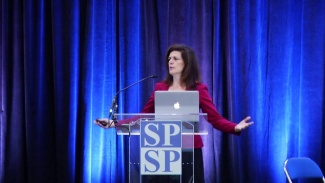 Leda Cosmides is best known for her work in pioneering the field of evolutionary psychology. She developed her interest in rebuilding psychology along evolutionary lines while an undergraduate at Harvard, where she got her A.B. in biology (1979) and her Ph.D. in cognitive psychology (1985). Cosmides did postdoctoral work with Roger Shepard at Stanford and was a Fellow at the Center for Advanced Study in the Behavioral Sciences, before moving to the University of California, Santa Barbara, where she has been on the faculty since 1991. Cosmides won the 1988 American Association for the Advancement of Science Prize for Behavioral Science Research, the 1993 American Psychological Association Distinguished Scientific Award for an Early Career Contribution to Psychology, a J. S. Guggenheim Memorial Fellowship, and a Lifetime Achievement Award from the Human Behavior &amp; Evolution Society. In 1992, with John Tooby, she published The Adapted Mind: Evolutionary psychology and the generation of culture, an edited volume designed to be a state-of-the-art survey of what was then a new field. Leda Cosmides is currently Distinguished Professor of Psychological &amp; Brain Sciences at UCSB. She and John Tooby founded and co-direct the UCSB Center for Evolutionary Psychology.

I work in evolutionary psychology, a relatively new approach to understanding the mind. Evolutionary psychology weaves together cognitive science, human evolution, hunter gatherer studies, neuroscience, psychology and evolutionary biology, in an attempt to understand and map the human mind and brain. According to this new view, by understanding the adaptive problems our hunter-gatherer ancestors faced during their evolution, researchers can uncover the detailed functional designs of the emotions, reasoning mechanisms, and motivations that human evolution produced. My empirical work spans many areas – cooperation, coalitional (“us versus them”) psychology, statistical reasoning, visual attention, kin detection and incest avoidance, multiple memory systems, anger, shame, and pride—because one goal has been to illustrate just how useful an evolutionary approach can be. In all cases, however, we start with an adaptive problem our hunter-gatherer ancestors faced, and then try to figure out what a program well-designed for solving that problem might look like. From this task analysis, we derive empirical predictions—which we then test—about the design of the programs that solve this problem. This method has allowed us to discover mental mechanisms that no one had thought to look for before. For example, theories about the evolution of reciprocation led us to look for, and find, evolved programs designed for reasoning about social exchange, including procedures specialized for detecting cheaters. These procedures exist across cultures (including among hunter-horticulturalists at an affiliated study site in the Ecuadorian Amazon), and cheater detection neurally dissociates from other closely related forms of reasoning.

On cooperation, coalitions, and kin:

Leda Cosmides at SPSP: Psychologists will answer the big questions for evolutionary theorists
October 15, 2021 PBS Faculty at the top of independent, machine-learning ranking of academic influence
May 1, 2019 John Tooby and Leda Cosmides Awarded Honorary Doctorates
January 16, 2018 Leda Cosmides named one of the 50 Most Influential Living Psychologists in the World