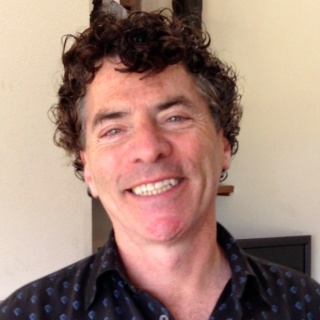 The Center for Mindfulness and Human Potential

Jonathan earned his BA at Hamilton College in 1981 and his Ph.D. at the University of Washington in 1987. He joined the psychology faculty of the University of Pittsburgh as an assistant professor that same year and became a research scientist at Pittsburgh's Learning Research and Development Center. Named a full professor in 2001, he moved on to the University of British Columbia (UBC) in 2004 as professor of psychology, Canada Research Chair in Social Cognitive Science, and senior investigator at UBC's Brain Research Centre. In 2007, he joined the faculty at UCSB. Jonathan pursues research on consciousness, memory, the relationship between language and thought, creativity, problem-solving, and decision-making. He is particularly interested in exploring phenomena that intersect between the empirical and the philosophical such as how fluctuations in people’s awareness of their experience mediate mind-wandering and how exposing individuals to philosophical positions alters their behavior. He is an Osher Fellow at the Exploratorium Science Museum in San Francisco, as well as a fellow of the Association for Psychological Science and the Society for Experimental and Social Psychology. His work has been supported by the National Institute of Mental Health, the Unilever Corporation, the Center for Consciousness Studies, the Office of Educational Research, the Bower Foundation, the U.S. Department of Education, the John Templeton Foundation, the Imagination Institute, and the Fetzer Franklin Fund. He currently is on the editorial boards of Consciousness and Cognition, Social Cognitive and Affective Neuroscience, Journal of Imagination, Cognition and Personality, and Psychology of Consciousness: Theory Research and Practice. Dr. Schooler is the author or co-author of more than two hundred papers published in scientific journals or edited volumes and was the editor (with J.C. Cohen) of Scientific Approaches to Consciousness, which was published in 1997 by Lawrence Erlbaum.

My lab’s research takes a “big picture” perspective in attempting to understand the nature of mental life, and in particular consciousness. Combining empirical, philosophical, and contemplative traditions, we address broad questions that cross traditional disciplinary boundaries. Some of the topics and associated questions that intrigue us include: Meta-awareness: When do we notice our thoughts and how does explicitly attending to an experience affect it? Mind-wandering: How does the stream of consciousness flow between the external world and internal thoughts and feelings? Mindfulness: Are there ways of enhancing our capacity to remain focused in the present moment? Creativity-What processes contribute to creative discoveries, and how can we enhance them? Belief in free will: What do people believe about their capacity for control, and how do those beliefs impact their behavior. Verbal Overshadowing-Under what situations can putting non-verbalizable thoughts into words be disruptive?

We are also interested in broader issues and associated questions regarding the frontiers of science. These include: Meta-science: How can scientific methods be used to improve the scientific process itself? The decline effect: Why do a surprising number of domains show systematic reductions in their effect sizes with repeated replication? Anomalous cognition: What is the evidence for human mental capacities (e.g. precognition) that challenge current physical theories? Metaphysics of science: How does the current state of science constrain our views on fundamental issues such as the existence of free will and the manner in which consciousness is manifest in the universe?