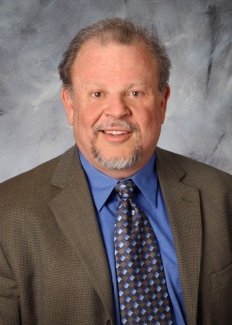 He is a Member of the Academy of Behavioral Medicine Research, a Charter Fellow of the American Psychological Society, and a Fellow of the American Psychological Association. He was a recipient of the Gordon Allport Intergroup Relations Prize in 2007. He was a awarded the Inaugural Australasian Social Psychology Society/Society of Personality and Social Psychology Teaching Fellowship (2002), and Erskine Fellowship (2005) at the University of Canterbury in Christchurch, New Zealand. He has served on several National Research Council panels and numerous editorial boards. His research has been continuously funded by the National Science Foundation for more than 20 years and has been supported by the National Institutes of Health, the Army Research Laboratory, and other agencies.

Jim Blascovich’s two major research interests are social motivation, and social influence within technologically mediated environments. Relevant to the former, he has developed a biopsychosocial model of challenge and threat. He has validated patterns of cardiovascular responses as markers of challenge and threat using them along with subjective and behavioral measures in empirical investigations guided by his theoretical model. He has applied his model to various social phenomena including intraindividual processes such as attitudes and dispositions as well as interindividual processes such as stigma, stereotypes, social comparison, and social facilitation. Jim is also co-Director of the Research Center for Virtual Environments and Behavior with Jack Loomis, a perceptual scientist in the department. He uses immersive virtual environment technology to empirically investigate social influence processes within virtual environments including conformity, non-verbal communication, collaborative decision-making and leadership. This work is guided by his formal model of social influence within immersive virtual environments.