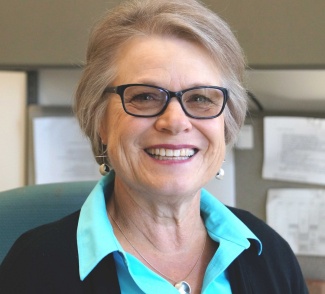 Dr. Brenda Major is a Distinguished Professor in the Department of Psychological and Brain Sciences at the University of California, Santa Barbara, and a past Fellow of the Center for Advanced Study in the Behavioral Sciences at Stanford University. She the international expert in the psychology of stigma and how people perceive and cope with stigma and discrimination. A core theme of her work is psychological resilience – how people maintain their sense of self-esteem, psychological well-being and physical health despite exposure to discrimination, negative life events, and adversity. She has authored more than 200 articles and book chapters, and edited two books: The Psychology of Legitimacy, and the Oxford Handbook of Stigma, Discrimination and Health. Her work has been funded by the National Science Foundation, the National Institutes of Health, the Russell Sage Foundation, the American Philosophical Foundation, and the Cattell Foundation.

Dr. Major is a Fellow of the American Academy of Arts and Sciences and the American Association for the Advancement of Science. She is Past President of the Society of Experimental Social Psychology (SESP) and of the Society for Personality and Social Psychology (SPSP). Awards she has received include the 2020 Distinguished Lifetime Achievement Award from the International Association of Self and Identity, the 2015 Donald T. Campbell Award from SPSP, the 2014 Scientific Impact Prize from SESP, the 2012 Kurt Lewin Prize from the Society of Psychological Study of Social Issues (SPSSI) and a 2014 Heritage Award from the Foundation for Personality and Social Psychology. She also received the Gordon Allport Intergroup Relations Prize from SPSSI in 2014, 1988, and 1986 for the best paper published on intergroup relations in those years, as well as the 1985 Distinguished Publication Award from the Association of Women in Psychology. Dr. Major was named a California Distinguished Wellness Lecturer in 1997 and chaired the American Psychological Association Task Force on Mental Health and Abortion from 2006-2008.

Dr. Major's research addresses how people cope with prejudice, discrimination, devalued social identities, and stressful life events. She is particularly interested in psychological resilience and how cultural ideologies, such as the American Dream, shape people's likelihood of perceiving discrimination as well as their cognitive, emotional, and behavioral responses to perceived discrimination against themselves or others.  Her current research examines the impact of perceived ethnic, gender, and weight-based stigma and discrimination on psychological stress, health behaviors, and interpersonal relationships, and the impact of diversity policies and anti-bias norms on intergroup relations.

Major, B., Blodorn, A., & Blascovich, G. M. (2016). The threat of increasing diversity: Why many White Americans support Trump in the 2016 presidential election. Group Processes & Intergroup Relations.

May 31, 2019 Brenda Major has been awarded the International Society for Self and Identity Distinguished Lifetime Career Award
April 23, 2019 Brenda Major Elected to the American Academy of Arts & Sciences
June 1, 2018 Brenda Major Steps "Out of the Lab" in an Interview with Social Psychologist Keith Maddox