Tommy Sprague was awarded a 2019 Alfred P. Sloan Fellowship. “Sloan Research Fellows are the best young scientists working today,” said Adam F. Falk, president of the Alfred P. Sloan Foundation. “Sloan Fellows stand out for their creativity, for their hard work, for the importance of the issues they tackle and the energy and innovation with which they tackle them. To be a Sloan Fellow is to be in the vanguard of twenty-first century science.”

"At such an early stage of his career, Tommy has already become internationally recognized for his work on how activity from neural populations in the human brain codes information about the environment and guides behavior" said Michael Miller, Chair of PBS. "Tommy will be a key player among several brilliant, young faculty that we have recently hired in Psychological & Brain Sciences, and we look forward to their contributions to the brain initiative across campus and to the field of psychology and neuroscience in general." 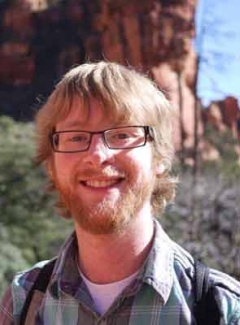