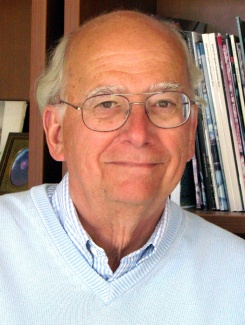 Michael Gazzaniga is Director of the SAGE Center for the Study of the Mind at UCSB. He is the president of the Cognitive Neuroscience Institute, the founding director of the MacArthur Foundation's Law and Neuroscience Project and the Summer Institute in Cognitive Neuroscience, and a member of the American Academy of Arts & Sciences, the Institute of Medicine, and the National Academy of Sciences. He received a Ph.D. in Psychobiology from the California Institute of Technology, where he worked under the guidance of Roger Sperry, with primary responsibility for initiating human split-brain research. He subsequently made remarkable advances in our understanding of functional lateralization in the brain and how the cerebral hemispheres communicate with one another. He has published many books accessible to a lay audience which, along with his participation in the public television series The Brain and The Mind, have been instrumental in making information about brain function generally accessible. This accessibility has been essential in obtaining public support for clinical and basic science research. Professor Gazzaniga’s newest book, Tales from Both Sides of the Brain: A Life in Neuroscience (Ecco/Harper Collins, 2015), recounts his decades-long journey to understand how the separate spheres of our brains communicate and miscommunicate with their separate agendas.

Professor Gazzaniga’s many scholarly publications include the landmark series for MIT Press, The Cognitive Neurosciences (5th edition, 2014), which is recognized as the sourcebook for the field. Dr. Gazzaniga's long and distinguished teaching and mentoring career has included beginning and developing Centers for Cognitive Neuroscience at the University of California-Davis and Dartmouth, supervising the work and encouraging the careers of many young scientists, and founding the Journal of Cognitive Neuroscience. He is an advisor to various institutes involved in brain research, and was a member of the President's Council on Bioethics from 2001-2009.

Dr. Gazzaniga conducts research on how the brain enables mind and behavior. Special patient populations are used in a variety of methodologies including visual psychophysics, brain imaging and anatomy.

May 22, 2018 Consciousness Instinct, a New Book by Michael Gazzaniga