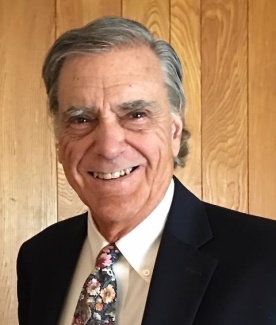 David L. Hamilton received his Ph.D. from the University of Illinois, and then was on the faculty at Yale University for eight years before moving to UCSB. He has published extensively on topics in social perception, including stereotyping, impression formation, person memory, and perceptions of groups. He has served on numerous committees in professional organizations, including the Executive Committees of the Society of Personality and Social Psychology and the Society of Experimental Social Psychology, and for 25 years was co-organizer of the annual Person Memory Interest Group meetings. He has been associate editor of two journals and has served on several editorial boards. He received the MERIT Award from the National Institute of Mental Health in 1987. He has been awarded honorary degrees from two European universities, the University of Lisbon, Portugal (1997) and Eotvos Lorand University in Budapest, Hungary (2000). Also, in 2000 he received the Thomas M. Ostrom Award, presented by the Person Memory Interest Group, for "outstanding contributions to social cognition," and in 2008 received the Jean-Claude Codol Award from the European Association of Social Psychology for "contributions to the advancement of social psychology in Europe." In 2014 he received the Distinguished Alumni Award from his alma mater, Gettysburg College.

Dr. Hamilton's research focuses on a variety of issues pertaining to the perception of individuals and groups. His work investigates how perceivers process and use social information as they form impressions of others, develop conceptions of groups, and make judgments about individual and group targets. His research is particularly focused on perceptions of the "groupness" of groups, or entitativity, on inference processes in developing conceptions of persons and groups, and on the relation of these processes to the formation and use of group stereotypes.