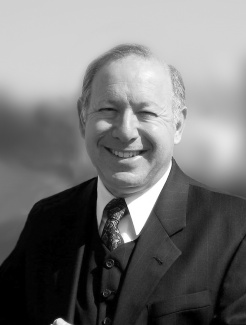 Aaron Ettenberg received his doctorate in Psychopharmacology from McGill University, Montreal, Canada in1980. With support from the Medical Research Council of Canada, he subsequently completed two-years of post-doctoral training in Dr. Floyd Bloom’s Behavioral Neurobiology Laboratory at the Salk Institute in LA Jolla, California, working under the mentorship of Dr. George Koob. Professor Ettenberg came to UCSB in the summer of 1982 where he established the Behavioral Pharmacology Laboratory in the Department of Psychological & Brain sciences. He is an active member of the Neuroscience & Behavior graduate training program and has served as the Vice Chair and Chair of the Department of Psychological & Brain sciences, as well as an Assistant Dean of Undergraduate Studies, the Acting Dean of Undergraduate Studies, and most recently the Acting Provost of the College of Letters & Science. Professor Ettenberg has over 200 published papers, chapters and abstracts on the neurobiology of reinforcement and motivation with particular interest in the neural basis of drug abuse. Professor Ettenberg includes among his professional honors election as a Fellow to both the American Psychological Association and the Association for Psychological Science, recipient of the annual Harold J. Plous Award as Outstanding Assistant Professor at UCSB and the UCSB Distinguished Teaching Award in the Sciences.

Research in Professor Ettenberg's Behavioral Pharmacology Laboratory has focused primarily on the neurobiological substrates underlying reinforced and motivated behaviors. Behavioral, pharmacological and physiological manipulations are combined in attempts to understand the nature of the brain mechanisms subserving the reinforcing effects of food, water, sex and psychoactive drugs. The laboratory has been particularly active in the development and employment of novel behavioral assays that provide a unique approach to the study of drug-behavior interactions. The National Institute of Drug Abuse has funded the most recent work investigating the positive and negative properties of stimulant and opiate drugs in self-administering animals.

Ettenberg, A., Fomenko, V., Kaganovsky, K., Shelton, K. and Wenzel, J.M.  (2015) On the positive and negative affective responses to cocaine and their relation to drug self-administration in rats. Psychopharmacology (Berl) 232:2363-75.

Ettenberg, A., Cotten, S.W., Klein, A.K., Brito, M.A., Ohana, T.A., Margolin, B., Wei, A. and Wenzel, J.M.  (2015) CRF antagonism within the ventral tegmental area but not the extended amygdala attenuates the anxiogenic effects of cocaine in rats. Pharmacology Biochemistry and Behavior, 138:148-55.

Purvis, E., Klein, A and Ettenberg A. (2017)  Lateral Habenular Norepinephrine Contributes to States of Arousal and Anxiety in Male Rats. Behavioural Brain Research,  347: 108-115.