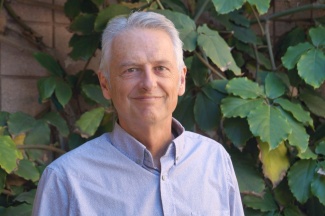 Greg Ashby received his BS in Mathematics and Psychology from the University of Puget Sound and his PhD in Cognitive/Mathematical Psychology from Purdue University. He then completed a postdoctoral fellowship in the lab of William Estes at Harvard University. His first tenure-track position was at Ohio State University. He joined the UCSB faculty in 1986. Professor Ashby is the author of more than 80 publications, including 6 articles in Psychological Review and 2 books (one edited). He has served as Associate Editor for the Journal of Experimental Psychology: Learning, Memory & Cognition, and is on the editorial boards of the Journal of Mathematical Psychology and Psychological Science. In addition, he served as a regular panel member for the NSF Program on Human Cognition and Perception and is currently Chair of the NIH Cognition and Perception Study Section. Professor Ashby is past president of the Society for Mathematical Psychology, a fellow of the Society for Experimental Psychology, and an APS fellow.

Professor Ashby is interested in understanding how people categorize objects and events in their environment, and in how perceptual and executive attention are allocated and interact. The emphasis is on elucidating the neural structures and pathways that mediate these processes, and on developing and testing neurobiologically plausible mathematical models. Thus, Dr. Ashby's research combines a three-pronged approach: empirical data collection, cognitive neuroscience, and mathematical modeling.